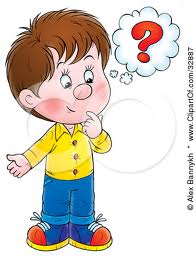 I remember in great detail a day that I was in high school.  It may seem insignificant to some.  I thought it was at the time myself. But the more years I have behind me, the more I realize that an interaction I had that day just might have been one of the most important of my life.  It is also the day that I learned that heroes come in all shapes and sizes.

I was a senior in high school, spending the afternoon at the neighborhood library, doing some research for a report I had due in one of my classes.  I walked with canes at the time and was standing at the card catalog (Did I just date myself? Grin!) looking up the call number for I book I needed.  I was in the middle of the process when a little boy approached me.  He must have been about five years old.

“Why do you walk so funny?”

I was used to the question. The curiosity of kids always makes me smile.

I gave him my standard answer.  “Well, my legs are not as strong as yours are, so my canes help me to stand up and walk.”

He was quiet for just a moment as if he was trying to soak in what I had just said.  Then came his response.

He looked confused as I laughed out loud, and even more puzzled when I asked him for a hug.  After giving me one, he wandered away, probably never giving our exchange a second thought.  For him, the whole conversation is likely buried deep in his mind, and like most other childhood experiences, forgotten as soon as a new one took its place.

That wasn’t the case for me.  Some people might wonder why a simple conversation with a small child had such a profound effect on me.  It was because, in the space of one sentence, that little boy leveled the playing field between us.  After hearing that I was “different”, he was quick to point out a way that we were the same.

There have been numerous times  in my life when I have had to work very hard to prove to others that I am equal.  And there have been those times when all my efforts are in vain. But every once in a while, when I am having a really bad day, I think back to that afternoon at the library, when a little boy reminded me that I was just like him.

Can a five-year-old child be a hero?